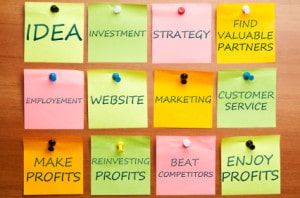 Successful nonprofits often look to grow by creating nonprofit chapters and affiliates in other geographic areas, including other countries. Nonprofit organizations organized geographically into chapters that share a name, trademarks, and mission are frequently referred to as “federated organizations.”

These entities take an amazing variety of legal forms with some being tightly controlled and hierarchical and others being more loosely affiliated and autonomous. Historically, many federated organizations have grown on an ad hoc basis with little thought to how the chapters are linked or what their legal relationship to the founding organization will be.

Often, the founding organization finds itself in the position of policing valuable trademarks and service marks to uphold the organization’s reputation and goodwill, essential commodities for any organization that is publicly funded.

Over the years, a number of well-known organizations that quickly spawned numerous chapters have been forced to impose order on their chapters and affiliates long after their creation. Ideally, to avoid these struggles, nonprofits considering spinning off chapters or affiliates should give careful thought to how they will structure their federated organization before creating their first chapter or affiliate.

There are four affiliate models used to create nonprofit chapters that are most commonly encountered among federated nonprofit organizations as well as one emerging model. They include the following models:

The primary advantage of forming nonprofit chapters using the single corporation model is that the founding organization or “parent” retains maximum control over its activities. However, the parent’s Board will bear any liability for its out-of-state activities.

Thus, a successful claim against any one state’s program will expose all of the parent’s assets and the out-of-state programs to liability. This exposure to liability is what motivates most growing nonprofits to consider alternative structures that offer greater protection for the organization’s assets.

Another alternative is to create nonprofit chapters as separate subsidiary corporations in each state where the parent operates an out-of-state program. The parent can retain ultimate control over the out-of-state programs by retaining the right to appoint the board of directors or by acting as the sole voting member of a membership corporation.

This structure permits the subsidiaries some protection from the potential liabilities associated with the other subsidiaries.

The downside is that each corporation must be respected as a separate entity. This includes separate board meetings, separate minutes, separate bank accounts, separate books, and records, filing annual reports, filing a separate Form 990, and separately qualifying for tax-exempt status.

The third approach is to create nonprofit chapters as truly separate corporations in each state where the parent operates. Each corporation, or nonprofit chapter, would have a separate, locally elected board of directors that would be legally responsible for the activities of the corporation that it governs.

The parent’s authority over the out-of-state corporations would be as set forth in a Charter and License agreement between each chapter and the parent. Such an agreement would, among other things, outline the terms governing the chapter’s use of the parent’s name and logo, define the geographic scope of each chapter’s activities, etc.

The greatest advantage of this approach is that it shifts maximum responsibility (and the corresponding liability) for local operations to the local chapters.

Another twist on this approach that increases the Foundation’s influence over the nonprofit chapters is to apply for a group exemption and to list each Chapter as a subordinate under the Foundation’s group exemption. The benefit of this model is that it permits the chapters to gain tax-exempt status without going through the expensive and often time-consuming application process.

However, to qualify as a subordinate under the parent’s group tax exemption, the Chapters have to submit to some degree of control and supervision by the parent. Under the group exemption model, the chapters would be able to file their own Form 990s relieving the parent of responsibility for tax reporting and compliance on behalf of each Chapter.

However, the parent would be taking on the role of certifying to the IRS that each subordinate qualifies for the exemption and monitoring their compliance.

An emerging nonprofit chapter model is to form subsidiaries as limited liability companies with the parent organization as the sole member. As single-member LLCs, the subsidiaries are treated as separate entities under state law for purposes of asset protection but are disregarded by the IRS for tax purposes.

Thus, each LLC is treated by the IRS as a program or division of the sole member, obviating the need for each LLC to apply for tax-exempt status. LLCs are also very flexible, permitting parent organizations to carefully tailor the degree of autonomy their chapters will have.

Which is the Ideal Model?

There is no ideal model. Each structure should be suited to the needs of the organization which will be different depending on its activities, risk tolerance, desire for control, etc. Regardless of which organizational structure a nonprofit organization chooses, a thoughtful growth plan will help to ensure the long-term success of the organization and avoid struggles among the chapters and the parent for years to come.