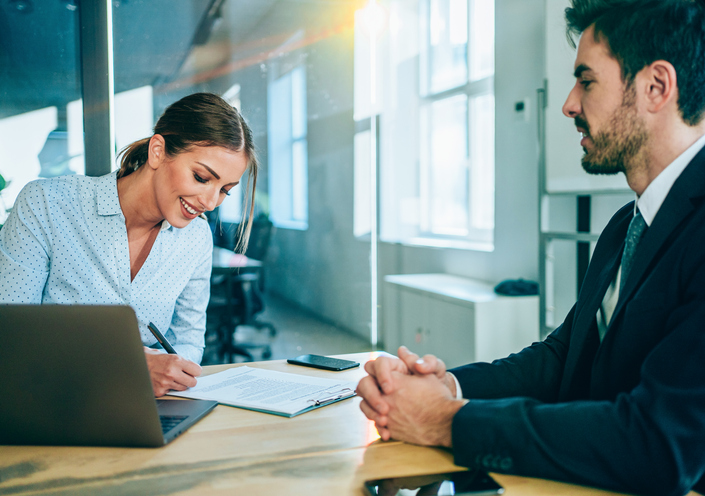 To folks who are new to nonprofit governance, grasping the difference between officers and directors of a nonprofit corporation can be confusing. This post attempts to explain the differences.

Knowing the Difference Between Officers and Directors

A nonprofit organization’s board of directors (the Board) is responsible for the legal and financial management of the organization. Individuals are the directors that comprise the Board.

Unless the nonprofit has voting members, the Board, as a body, has ultimate authority over the nonprofit. Essentially, the Board’s role is to establish the mission, goals, policies, and strategic direction of the nonprofit.

Decisions like approving the budget, setting governance policies, working to ensure sufficient resources, and determining the strategy to achieve the mission, are all Board responsibilities.

The Board is not conceived to carry on the day-to-day operations of the nonprofit. Instead, the Board delegates authority to its officers so the nonprofit is capable of operating on a day-to-day basis.

Officers are individuals elected or appointed by the Board to carry out the day-to-day business of the nonprofit within their delegated scope of authority. The bylaws should define the scope of an officer’s authority.

For example, the Board may elect or appoint a President to serve as the principal executive officer of the nonprofit charged with generally supervising and controlling the day-to-day business and affairs of the nonprofit; potentially including things like signing contracts and hiring and firing employees.

Once the Board delegates authority to an officer, that officer is able to act on behalf of the nonprofit within the scope of the delegated authority.

Three of the most common elected or appointed nonprofit officer positions

The Bylaws will state whether an officer has to be a member of the Board.  Often, larger nonprofit organizations will elect or appoint staff members to serve as the secretary and/or treasurer so volunteer directors are not responsible for maintaining corporate records and managing the finances.

Finally, once the nonprofit grows, the Board may decide to employ executives such as

The chief executive, CFO, and COO are also commonly referred to as officers of the organization.

The executive officers will perform such functions set forth in a job description approved by the Board.  However, the Board may still have officers of the Board that should fulfill the duties of such position as set forth in the Bylaws or meeting minutes.

For example, the nonprofit may employ a CFO to manage the day-to-day finances of the organization and still have a treasurer who helps prepare the budget and provides the financial report to the Board at its meeting.

Things become confusing when directors are appointed as officers, creating two hats for one person. While wearing the officer hat, an officer may act on behalf of the nonprofit, so long as that specific authority has been delegated to that officer position (such as signing contracts or hiring employees).

On the other hand, when putting the director hat back on, the officer/director would be responsible for things like ensuring the nonprofit is pursuing its mission and is compliant with its tax-exempt status.

So, as treasurer, the director/treasurer’s actions will be scrutinized by the other directors.  The treasurer may have been delegated the authority to do what is necessary to prepare the budget.

The Board supervises the actions of the officers and holds them accountable for carrying out their delegated duties. The authority of each officer should be clearly defined in your nonprofit’s bylaws, board meeting minutes, or approved job description.

Officers are commonly, but not necessarily, directors of the Board. Ultimately, it is important for Boards to understand the roles of directors and officers and to properly educate individuals fulfilling each role.