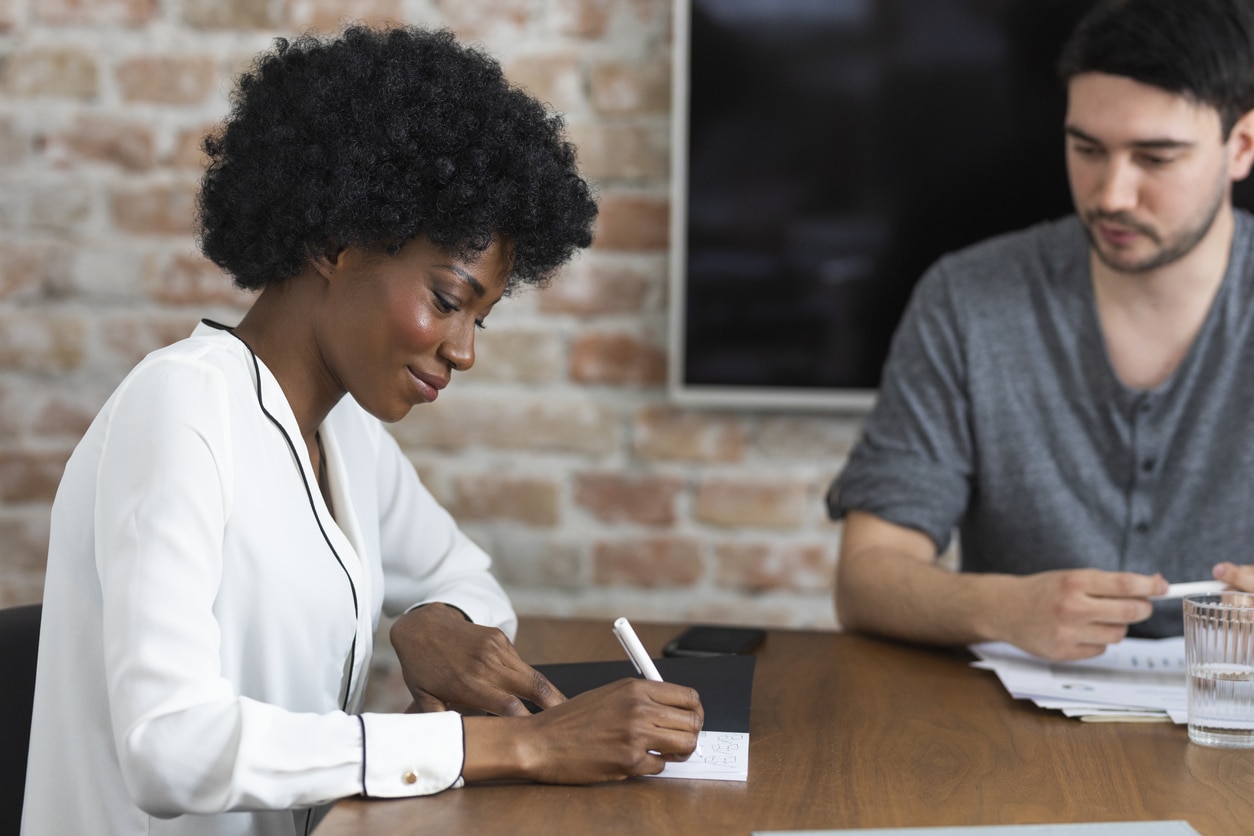 The person tasked with taking the minutes should word them in a simple, straightforward, and unambiguous manner. Nonprofit meeting minutes should consist of a clear, accurate, and complete report of all business transacted. However, they should not be a transcript of all that was said at the meeting.

Nonprofit meeting minutes should include enough detail to make them valuable if they are ever needed for reference or used as evidence that the directors took action, decided against taking action or fulfilled their fiduciary duties.

How to Take Nonprofit Meeting Minutes at a Board Meeting

While it is not necessary (nor recommended) to record everything that the directors said at a board meeting, some things that you should always record in minutes include:

In addition to the items listed above, the person charged with taking minutes should include:

The person keeping the minutes should know and record what vote is required by the bylaws for specific actions and indicate whether the motion passed according to the vote requirements.

If the board does not vote on a matter yet reaches an informal decision, it is sufficient to note “it was the consensus that,” “each director present expressed his/her approval of,” or “doubt was expressed as to,” and to follow with a statement of the facts. This places on record evidence of what was agreed to at the meeting.

Because courts, the IRS, and other regulators view minutes as true and accurate records of board meetings, they rely on them as legal evidence. For this reason, it is crucial to keep minutes that are clear, free of harmful and excessive information, and signed and verified promptly to ensure that the minutes always reflect the board’s true intentions.

A resolution is an action taken by the board of directors which applies to a single act (as opposed to bylaws which are the rules that govern an organization and regulate its affairs). If a resolution conflicts with a bylaw, the bylaw prevails unless amended or repealed. If a resolution is clear and concise, it can minimize future misunderstandings among board members and the organization as a whole.

A director can propose a resolution by making a motion. Typically, another director will second the motion. Once the motion is made and seconded, the person presiding at the meeting calls for a vote on whether the board should adopt the resolution.

There is no formal law to govern when the board should propose a resolution; however, there are some circumstances when a resolution is the most appropriate course of action. These include cases where:

One exception is resolutions that involve legal technicalities; these resolutions are generally drafted or reviewed by legal counsel. It is also common practice to provide a copy of the resolution to the chairman or president of the organization before the review.

When recording a resolution in the nonprofit meeting minutes, the exact wording of the resolution, the names of proposers and seconders, and the names of those voting in favor of or contrary to the resolution should be recorded. Examples of resolutions for everyday actions are attached hereto as Exhibit D.

Occasionally, urgent board action is required, yet it is not possible or practical to have the board meet in person or even over the telephone. In these cases, most states permit the board members to conduct official business by signing a unanimous written consent in lieu of a live meeting. For instance, Arizona law states as follows:

[A]ction required or permitted by chapters 24 through 40 of [ARS §10] to be taken at a directors’ meeting may be taken without a meeting if the action is taken by all of the directors. The action must be evidenced by one or more written consents describing the action taken, signed by each director, and included in the minutes filed with the corporate records reflecting the action taken. ARS §10-3821(A) [emphasis added]

In such cases, a consent resolution will be sent to each individual director by mail, email, or fax for his or her signature. To streamline the signature-gathering process, the written consent document can permit counterpart signatures. This means that each director can sign the signature page of his or her copy, and the signed signature pages, when taken together, are considered a validly executed document.

In the case of direct mail or fax, the director will sign his or her approval and submit the signed copy to the secretary for filing. When written consents are conducted through email, however, some questions on legality arise.

For instance, is it enough for a director to simply reply yes to the email? What if the answer is yes followed by some condition? Would this be valid?

For example, DocuSign, hello sign, and similar programs permit users to create an electronic signature that is password-protected to ensure that only authorized users can access and use it. This avoids complications in the future if some director tries to challenge the resolution on the grounds that it was not legally signed or argues that some other person accessed his or her email account and assented to the resolution.

If it is too difficult to create an electronic signature, it is always easy enough to print and sign the email and then fax or email a copy or mail the original to the secretary. In the case of consents that will be relied upon by a third party, such as a bank or title company, it is best if the records contain the signed original consents rather than copies or emails approving the transaction to ensure the signatures will be accepted.

Generally, the action is considered to be taken on the date the last director signs the consent. For record-keeping purposes, the signed consents must be kept by the secretary in the corporate minute book. Additionally, the resolution should be entered into the minutes of the next board meeting and made part of the official record of the corporation.

It is important to retain copies of all board and committee meeting minutes. Minutes serve as evidence of deliberations, decisions, delegations of authority, and other board actions.

They can resolve questions when disagreements arise about past actions. They serve as a reminder of who was assigned what task and next steps. They can also help the directors defend their decisions when something goes wrong.

Traditionally, most nonprofits use a simple binder with tabs called a “Minute Book” to organize key governance documents and meeting minutes. When that binder is full, a new volume is started.

Today, many nonprofits prefer to retain documents in an online database. If you choose to store corporate records in a paperless faction, it is important to ensure there are backups in the event of a technology failure, ransomware event, or another mishap.

Our recommendation is to keep both a paper and digital copy. If you remember to send your minutes to your lawyer, your lawyer can retain a copy as well.